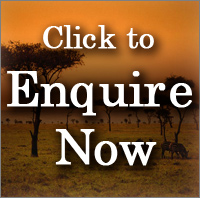 This means Hello and Welcome to Tanzania in the local language Kiswahili.

Although Tanzania has a 120 tribes it is united under one language a tone you will hear through out your visit here in Tanzania. But Of course most people speak English in the major cities, which makes life as a traveller much easier….

The united language factor makes the people of Tanzania feel so close almost as if from one family, this is what makes Tanzania the most peaceful country in Africa, no wars or riots just friendly faces and laughter of women and kids all around.

Tanzania Pride itself with some of the World’s most celebrated Savannah landscapes, clear beaches & highest mountain in Africa, truly a gem to the eye.

With a population of over 44million Tanzanian’s are well known for their friendliness and hospitality to the guests. It’s quite easy to master the etiquette of the society, as people are willing to point out their traditions and values. For instance, ‘Habari’ is a terminology most friendly used to greet the people you meet.

Its people’s openness to put the cultural differences aside and celebrate to the World’s unique but yet mixture of colorful cultures & values is what make Tanzania an easy destination.

The most popular Destinations in Tanzania are the Savannah wild life areas however one can choose to be an explorer and go deep into the wild and find the most spectacular places and things to do that only one can dream to meet the eye. From the descending Hadzabe bush men who speak in click language to the clear waterfalls in the region of Kilimanjaro and newly discovered Flower National park In Mbeya, Its is still a virgin land awaiting more discovery.

Member of the
Tanzania Association
of Tour Operators

Sorry:
- Picasa feed not found. Please recheck your ID and check that your account/album is set to public, not private.

Safariland Adventures 4 out of 5 based on 16 user reviews.